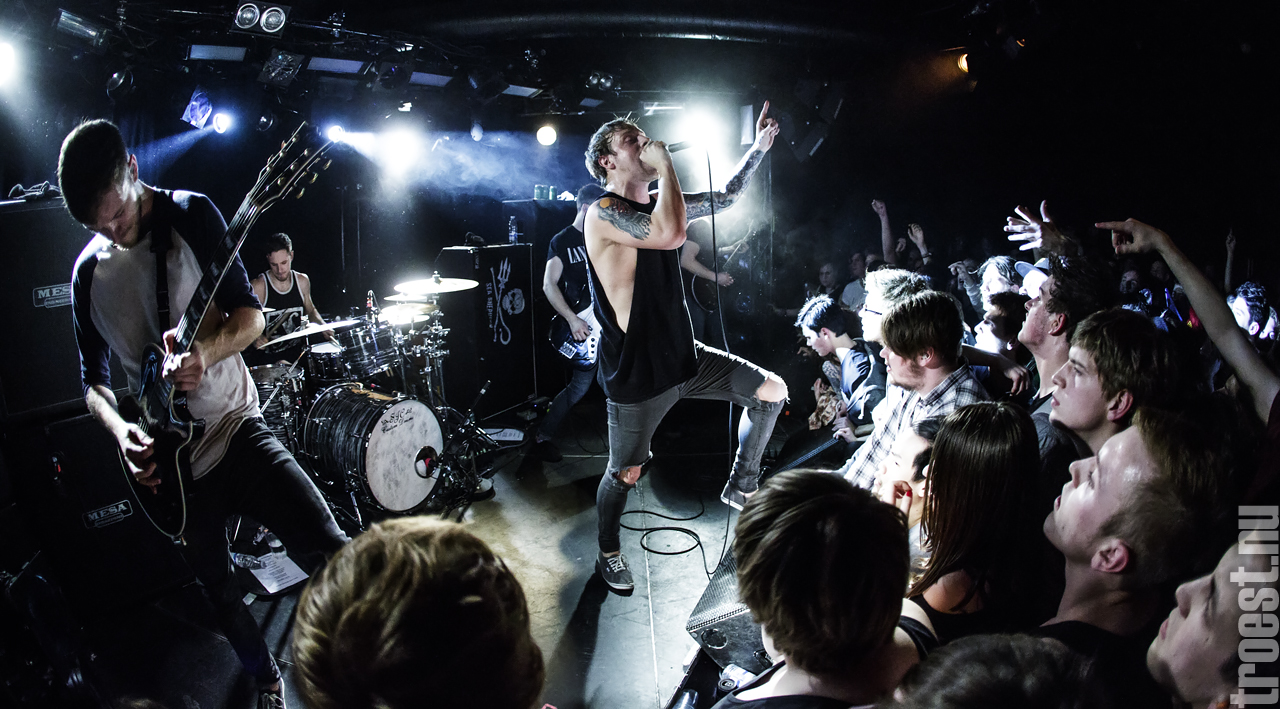 Architects and the crowd almost cost me broken leg and new camera at Pumpehuset, but luckily we were so packed so tight that my fall onto the low stage was fairly controlled and I could get up real quick. Crazy pack of people and Architects that looked like they were having a good time. I only managed three positions due to the ferocity and tightness of the crowd, so bear with me.

Support:
– Northlane (AUS)
– Stray From The Path (US)
– More Than Life